Home News
Save as PDF 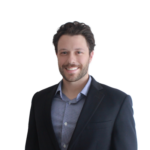 In 2012, the Jumpstart Our Business Startups (“JOBS”) Act introduced Regulation Crowdfunding (“Reg CF”) to the regulatory framework governing exempt offerings, enabling eligible companies to offer and sell securities through crowdfunding.  The JOBS Act was created to ease securities regulations and to encourage the private funding of U.S. small businesses by reducing costs associated with the process of raising capital by making crowdfunding possible for the first time since 1933.

Subject to certain statutory requirements, Reg CF, as originally enacted, allowed issuers to raise up to $1.07 million from an unlimited number of investors in any twelve-month period through a registered broker-dealer or funding portal.  Reg CF allows companies to acquire funding through online portals from non-accredited investors, which roughly accounts for 97 percent of the population in the United States.  Notably, Reg CF included certain investment limitations to help mitigate the attendant risks of investing in early-stage companies, restricting the amount an individual could invest in a Reg CF offering depending on the investor’s income or net worth.

·       The maximum aggregate offering limit has been increased from $1.07 million to $5 million.

·       Accredited investors are now permitted to invest an unlimited amount in Reg CF offerings, as they can in offerings made pursuant to Regulation D.

·       Issuers may now create special purpose vehicles (“SPV”) to serve as a conduit for investors to invest in the issuer.  Importantly, the SPV must be organized solely for the purpose of directly acquiring, holding and disposing of the securities issued by a single crowdfunding issuer raising capital under Reg CF.  This will allow issuers to maintain a cleaner capitalization table and reduce the administrative burdens of managing a large shareholder base.

·       Issuers may now “test the waters” with potential investors prior to filing a Form C with the SEC.  This should help companies test investors’ interest in the offered securities to help companies save the money they would otherwise have spent on filing the offering disclosures with the SEC for a Reg CF campaign that might have failed to raise funds.  The amendments require issuers to include appropriate legends in their solicitation materials, which must also be disclosed in the Form C filed with the SEC.

This amendment means that early-stage companies can rely on Reg CF as an alternative to Rule 506 offerings and non-accredited investors can invest much more money than allowed before in such offerings.  All these measures should enhance  fundraising ability for some issuers.

We use cookies to improve the functionality and performance of this site, and to personalize ads from our company. By continuing to use this site, you are providing us to your consent to our use of cookies on the site. Please see our Privacy Policy for details.

This website uses cookies so that we can provide you with the best user experience possible. Cookie information is stored in your browser and performs functions such as recognising you when you return to our website and helping our team to understand which sections of the website you find most interesting and useful.

Strictly Necessary Cookie should be enabled at all times so that we can save your preferences for cookie settings.

If you disable this cookie, we will not be able to save your preferences. This means that every time you visit this website you will need to enable or disable cookies again.